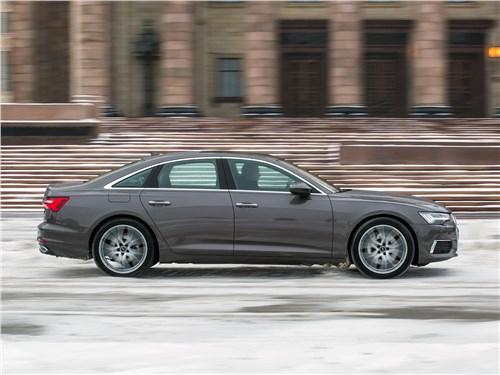 The chassis of the Audi A6 2019 provides excellent ride, and managed to rear wheel – high maneuverability 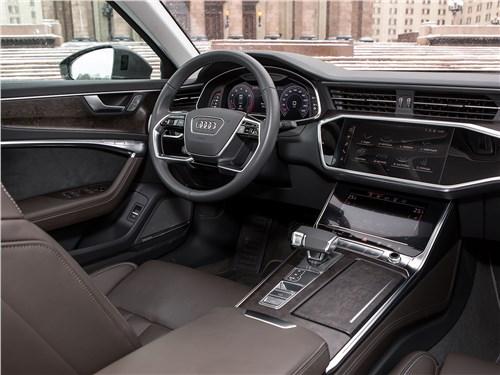 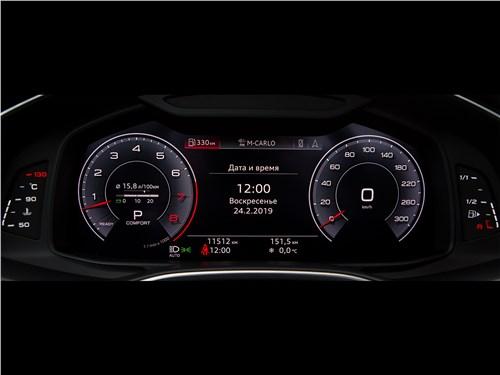 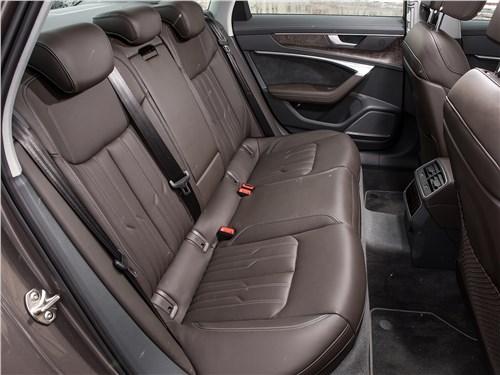 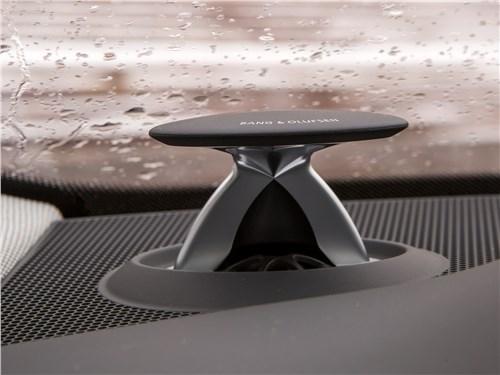 Tweeters extend when the ignition is switched on 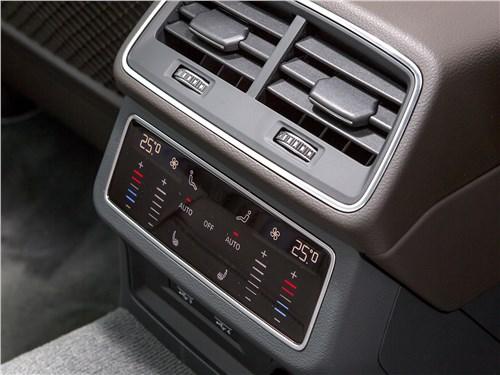 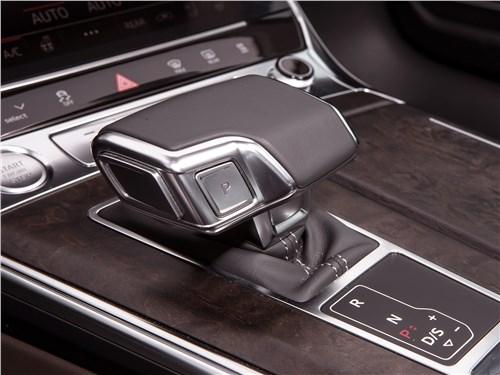 The joystick gear box looks like a work of art 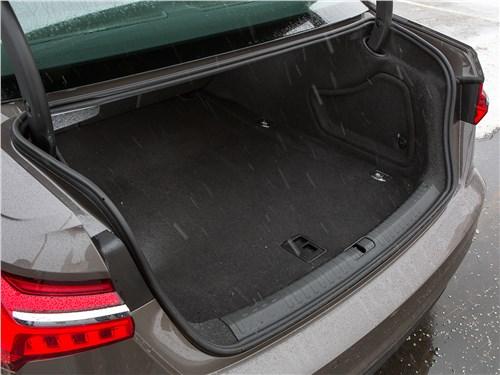 The trunk of the Audi is well-planned, underground optional will accommodate the “stowaway” 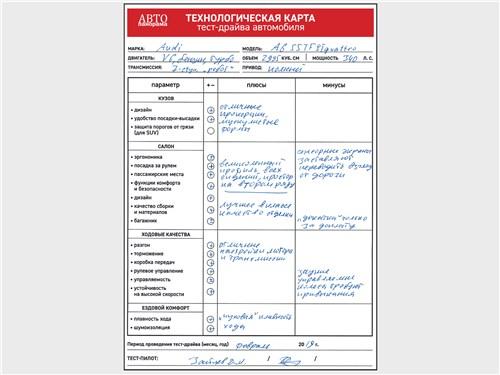 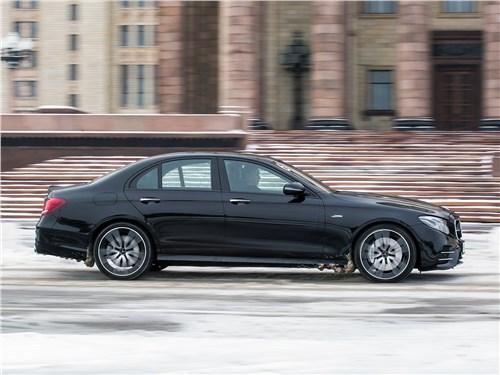 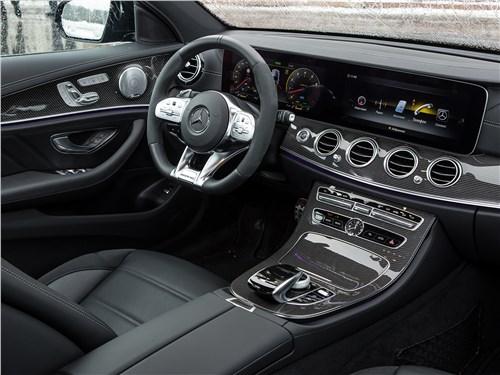 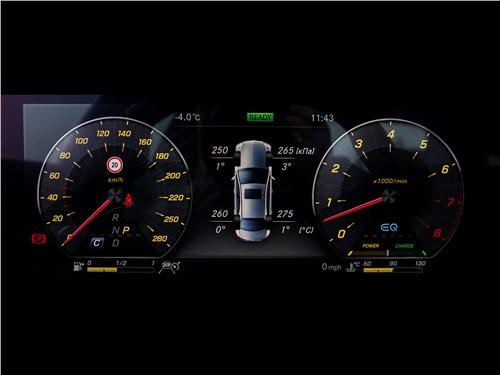 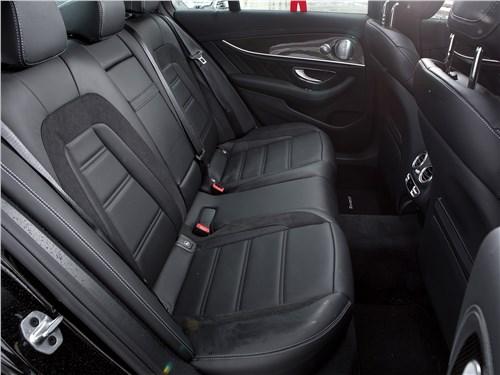 Rear sofa is comfortable, but the place is by the standards of the business class is not much 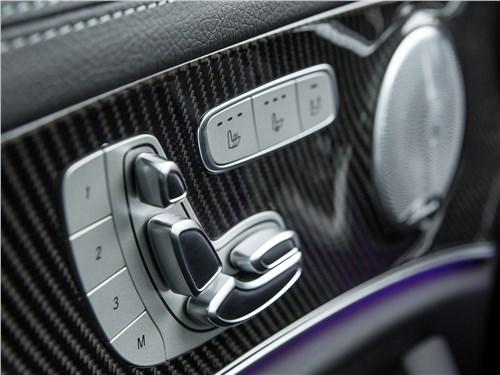 Control keys and the seat on the door panels, a signature feature of Mercedes – Benz 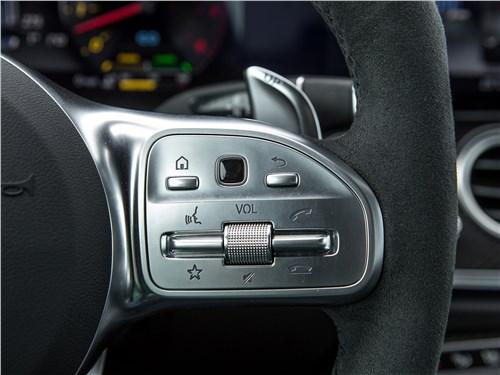 Black boxes – miniature touchpads, which you can use to control various functions of the car 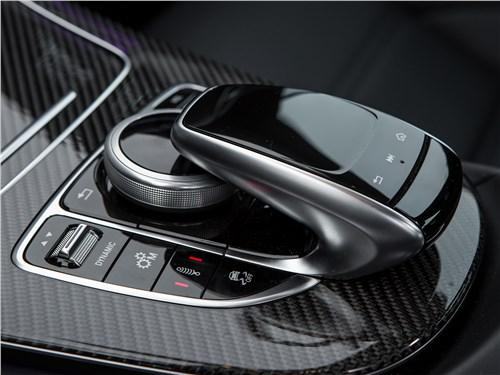 On the Central tunnel another touchpad, and also duplicated by the rotary encoder 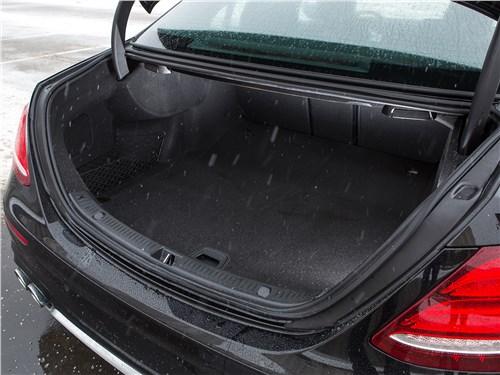 The trunk of the Mercedes-Benz three-dimensional, under-floor spare wheel not provided 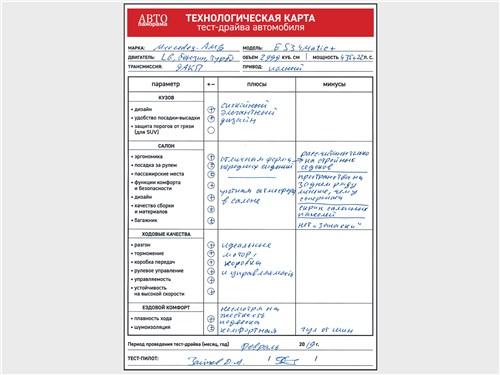 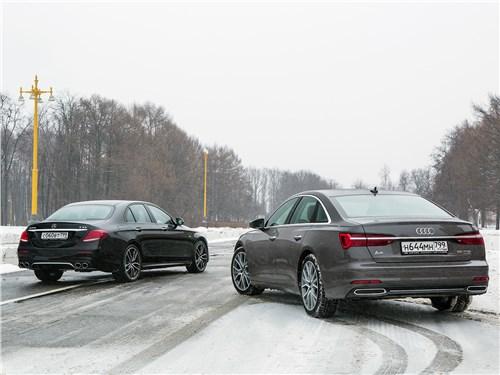 The appearance of the new Audi A6 the designers from Ingolstadt has clearly succeeded. Aggressive front with spiky look led headlights, muscular hips, sculpted Korma and excellent overall proportions attract attention. In the background the Mercedes-Benz E-Class looks rustic, even though the “diamond” grille and the presence of the AMG-body kit. However, the proportions of this “German” everything is in order.

While Audi A6 for sale in Russia with only one powertrain – 3-liter V-shaped petrol “six” power of 340 HP Gearbox is also the only – 7-step robot with two clutches. The drive is just full. Depending on the configuration of the initial price range from 3 995 000 4 375 000. Each version, of course, can be extensively upgraded for a fee. After some time, we promise to bring a 3-liter turbodiesel. In Europe, his power reaches 286 HP, but for Russia the motor can deportirovat to 249 HP

For comparison with the Audi A6 we picked up a sports version of the E 53 – the same “mild” hybrid with 435-horsepower inline “six” and a 22-horsepower electric motor.

The most modern developments in the design and layout of car showrooms are no physical keys and buttons in favor of touch screens, the amount of our charges ahead of the rest. Especially Audi, where the usual buttons once or twice and obchelsya, and monitors three on the spot on the dashboard, to the right and bottom of the Central console. To deal with all this economy it is easy. One problem – touch virtual keys will not use. Hope for electronic assistants, which, if distracted from the road, take it over.

In the cabin of the Mercedes-Benz two screens are combined under the glass. That’s the only touch they have. But they have miniature tachpadom on the wheel and also larger on the Central tunnel, you can use them to manage virtually all systems of the car. If you do not like the touch surface, there is an option to do it the old fashioned way – using a rotary washer. In short, for every taste and color. In our opinion, the interface of the E-Class is more comfortable than the opponent.

To the geometry of the arrangement driving both sedan gorgeous, and both dictate low athletic fit. Seat Audi have quite a soft filler and widely spaced lateral support rollers. Test the E-Class are the sports seats – they are tougher and tighter squeezing the sides. If you don’t like, you can choose softer seats, but even in this case, they are denser and closer than the opponent, in the same way as the standard version with a minimum of adjustments. That is Mercedes-Benz makes more serious demands figure driver business sedan sport is a modification of E 53 or the initial version of the E 200.

And on the second row in the E-Class will get a better feel slender passengers, and no taller than 180 cm. Because of the legroom and overhead is much less than the A6, and the sofa pillow short. In the Audi the same expanse, comparable to that provided in the short wheelbase Executive sedan, and the sofa is gorgeous both in size and profile. Besides passengers available separate climate control, while the “Stutgart” on the second row it is-band.

Technical data for the E-Class sedans a claimed boot capacity of 540 l 530 l vs Audi A6, but the “six” compartment better arranged (however, there is enough space there). Under the floor of both – no hint of a spare tire. However, underground Audi can accommodate optional “docatch”. If you order a small spare wheel for Mercedes-Benz (in principle this is possible), it will… lay in the trunk, as under the floor for her no place.

Test E 53 when starting the engine do not hear the familiar sound of the starter – it starts working immediately, so to speak, without preludes. The first couple of minutes the sound of the exhaust accelerates the surrounding birds, but then becomes quiet. Accelerator pedal for Mercedes-Benz customized a bit harsh even in comfort mode – it is necessary to get used to. Thrust is more than enough always, at all revs and speeds. No turbopause not observed. Automatic transmission like the options you can set. And if you include a mode “sport+”, it gets Orgy with the nervous response to the flow of fuel, the roar of the exhaust and “shooting” when you reset the “gas”. The perfect power unit, having two very different manifestations, each in its own good.

However, the younger “brother” of this engine developing 367 HP instead of 435, which we recently tested on kupeobrazny the CLS sedan, not worse, just in “sport” mode it is not as extreme and when they return behaves in a civilized manner. This motor is a direct competitor of the Assembly of the Audi A6, but it will appear on the sedan until next year – after restyling. Now on the E-Class is an old V-twin engine (developing the same 367 HP). It is also good, but for the timeliness of reactions is inferior to his “descendant”, and the motor of a competitor.

When we tested the 340-horsepower engine of the Audi A7 (the same as on the current test sedan A6), it was observed a noticeable delay of response when pressing the accelerator pedal. Now, this is not in sight. The power unit responds to the throttle without pauses, and robotic gearbox with two clutches work smoothly even in difficult times for her “mirror” mode. The word, and the engine and transmission behave perfectly, so much so, that did not lost even on the background of the 435-strong unit of the opponent, unless he uses “sport” mode.

Audi A6 managed with ease, eagerly diving even in very steep turns. Thanks for this you need active steering (in the Parking lot just 2.2 turns lock to lock) and the driven rear wheels. Moreover, the complete rotation of the rear axle can be felt clearly and at first perceived unusual. Subsequently begin to enjoy the great maneuverability at low speeds and stability at high pace.

Mercedes-Benz is very different. In contrast to the light and airy Audi it is perceived as if the heavy iron – nothing can knock him off course. But it is necessary to turn the steering wheel, and he immediately changes the direction of motion. The same sharpness as from a competitor, steering poured serious weight, and roll in corners are virtually absent. The impression is that he is full of tightly inflated muscles! I never thought that Mercedes-Benz may become a generator of adrenaline.

And multi-chamber air suspension set up, like a tight trampoline. Rider E 53 feel the nuances of white (especially rear passengers), though any joints-patches-cracks sedan rides surprisingly noble of you, without causing discomfort. His background Audi initially perceived as a feather bed, but when driving irregularities become visible “kicky thing” unsprung mass, violating the idyll. On the sound insulation of the leaders, a representative of Ingolstadt, because his Shin is almost inaudible in contrast to the humming tires, the native of Stuttgart.

Which of these cars to choose? This is a difficult question which, by and large, there is no definite answer. The most balanced in this test the Audi A6, in virtually all the disciplines he’s gorgeous. But charisma is more in the Mercedes-AMG E 53. However, we would prefer not him, but more suitable for our case, E 450, even with the old V-shaped engine, because it is not as sharp, the steering wheel it is not as heavy, the air suspension is softer, and the tires not making a sound. And the price is much more attractive. As for the E 53, then it will not be many. But those who still do it, you will not regret! 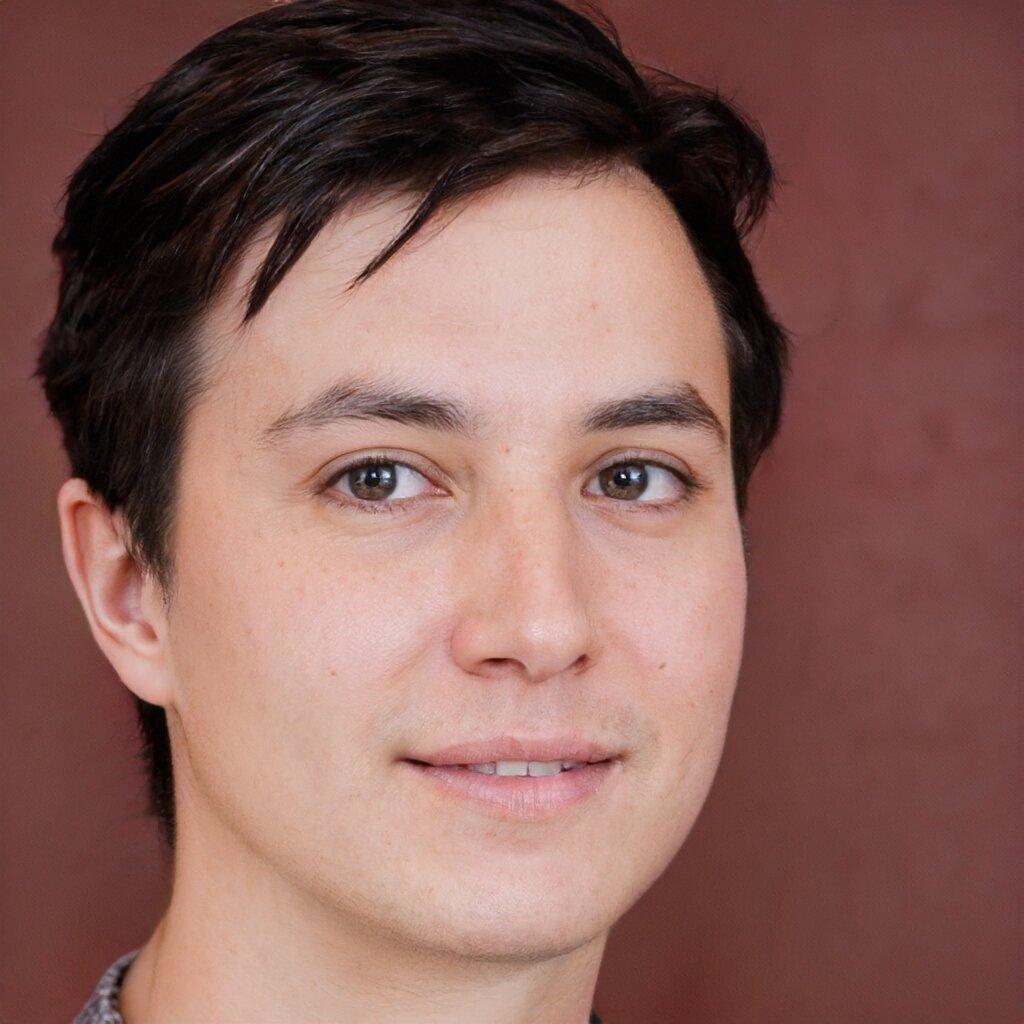 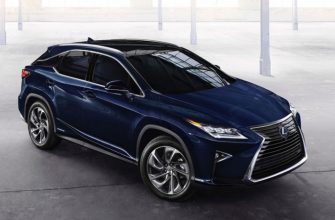 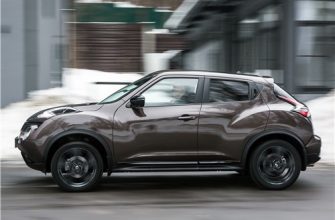 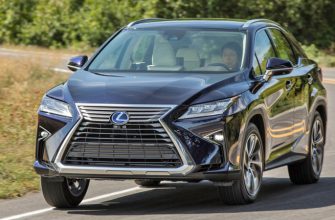 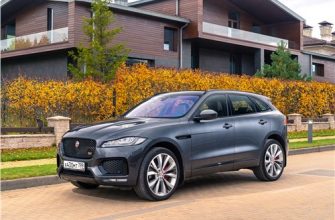 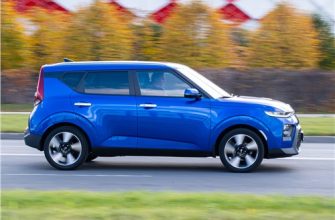 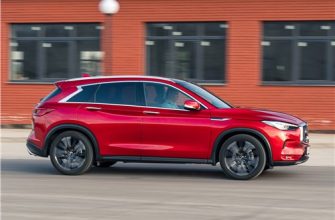 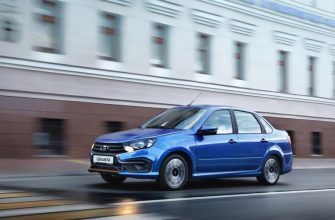